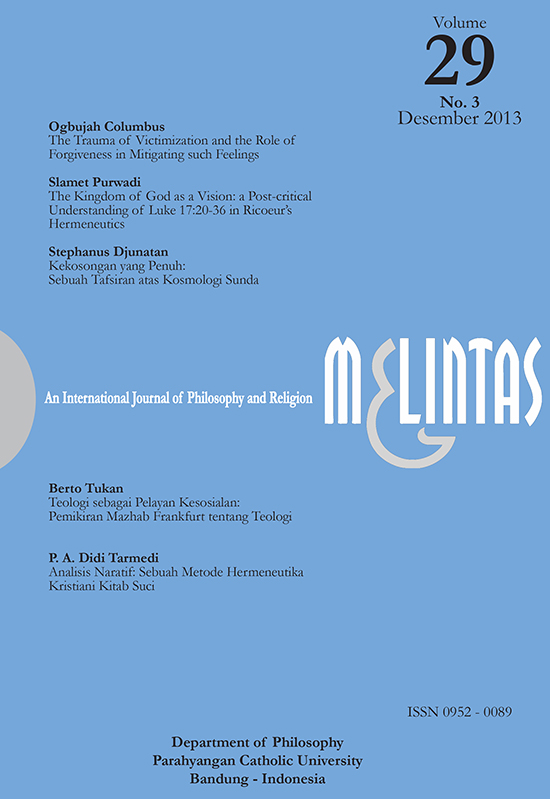 To some there is a clear discernible difference between using logic and doing it. Perhaps to some other the difference is the least of their worries. But when doing logic is required in very real situations, the worry is not a matter of thought or belief anymore. It is a matter of illogicality. Realness often reveals unreasonableness. If a human being has always been understood as a logical creature, then reality can be categorised as the only ‘illogical’ creature in this world. But cannot reality have its own story? Cannot ‘the Other’ – God, theologically – tell a different narrative of the same world where human live through all these centuries? It is not so much about respect as the existence of things we normally do not understand. Before knowing anything, we were simply seeing visions. Those visions do not make sense. They are artlessly real, taking place, effectuating. Hold the logic, for it only stops the realness.

This edition of Melintas attempts to honour ‘the other’ in various ways. It tells stories. Realness – kesunyataan – appears in contexts and methods, in errors and sins, in cultures and schools. The trauma of victimisation is reflected from the acts of violence, hatred, and crime. The role of forgiveness is explored in mitigating such feelings, but there must be opportunities for ‘the other’ to change. A post-critical understanding of the Kingdom of God using Ricoeur’s hermeneutics leads to a different ‘logic’ of a ‘vision’. Here vision functions as a meta-critical understanding that destabilises existing awareness and brings it to a futuristic horizon or eschatological openness. A cosmology among the Sundanese in West Java elaborated from their narrative poems and an old Sundanese manuscript reveals a down-upward journey to experience ‘moksa’ (the ultimate enligtment). The Sundanese enact the ‘mountain’ and the metaphor of ‘filled-nothingness’ as their cosmological model. Frankfurt School’s thought, which generally focuses its attention on the life of the society and the culture,  is discussed from a different perspective concerning its assessment on theology. A narrative-analysis of the Scriptures in the context of Christian hermeneutics is explored so as to give weight to faith confession, liturgy, and catechesis. By entering the ‘narrative world’ constructed by the authors of the Scriptures, the reader participates in the ‘world of images’ presenting the meanings contained in it and that brings a useful faculty for the contextual praxis of proclamation. In all these articles, otherness is listened and appreciated. Again, we might hold our ‘logic’ in the act of listening.

Perhaps one of the absurdities of otherness is simply a new meaning. Listening to ‘the other’, like seeing the visions, means absorbing every different meaning into one’s story, which, in time, will be our stories. We will not be dealing with only ‘logical’ stories, for there is not one. It is like saying that not one of our theologies is ‘logical’, for those are merely our or sometimes claimed to be God’s stories as well. But at least one thing is undeniable. We only tell ‘our’ stories, that is, things that happen, take place, effectuate us. Realness happens.